Tea time with the void --- An Installation view of the 2020 paintings from the ongoing series Have You Seen The Horsemen Yet? dealing with the starkness of rationalizing an internal apocalypse or a mental breakdown. 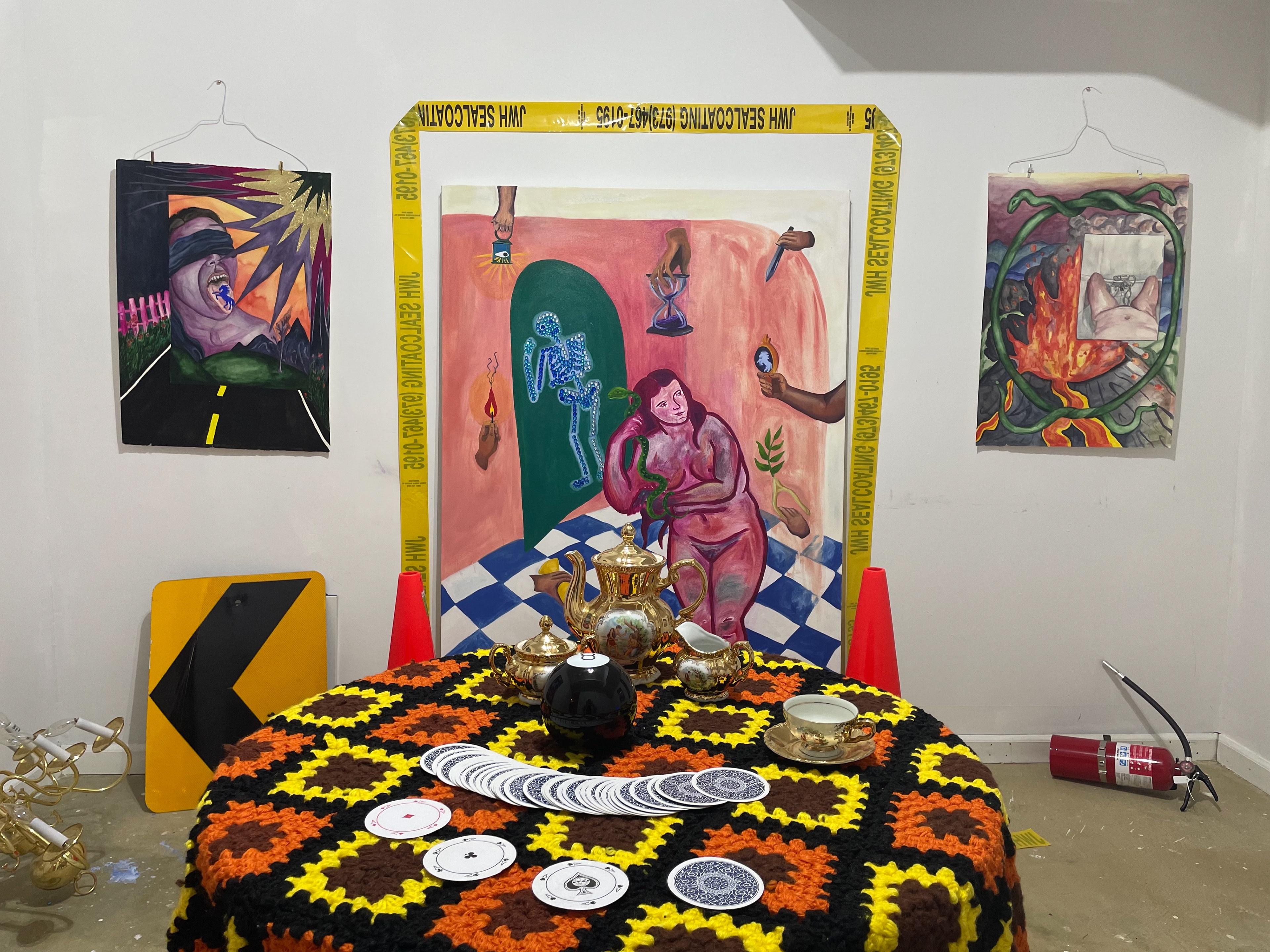 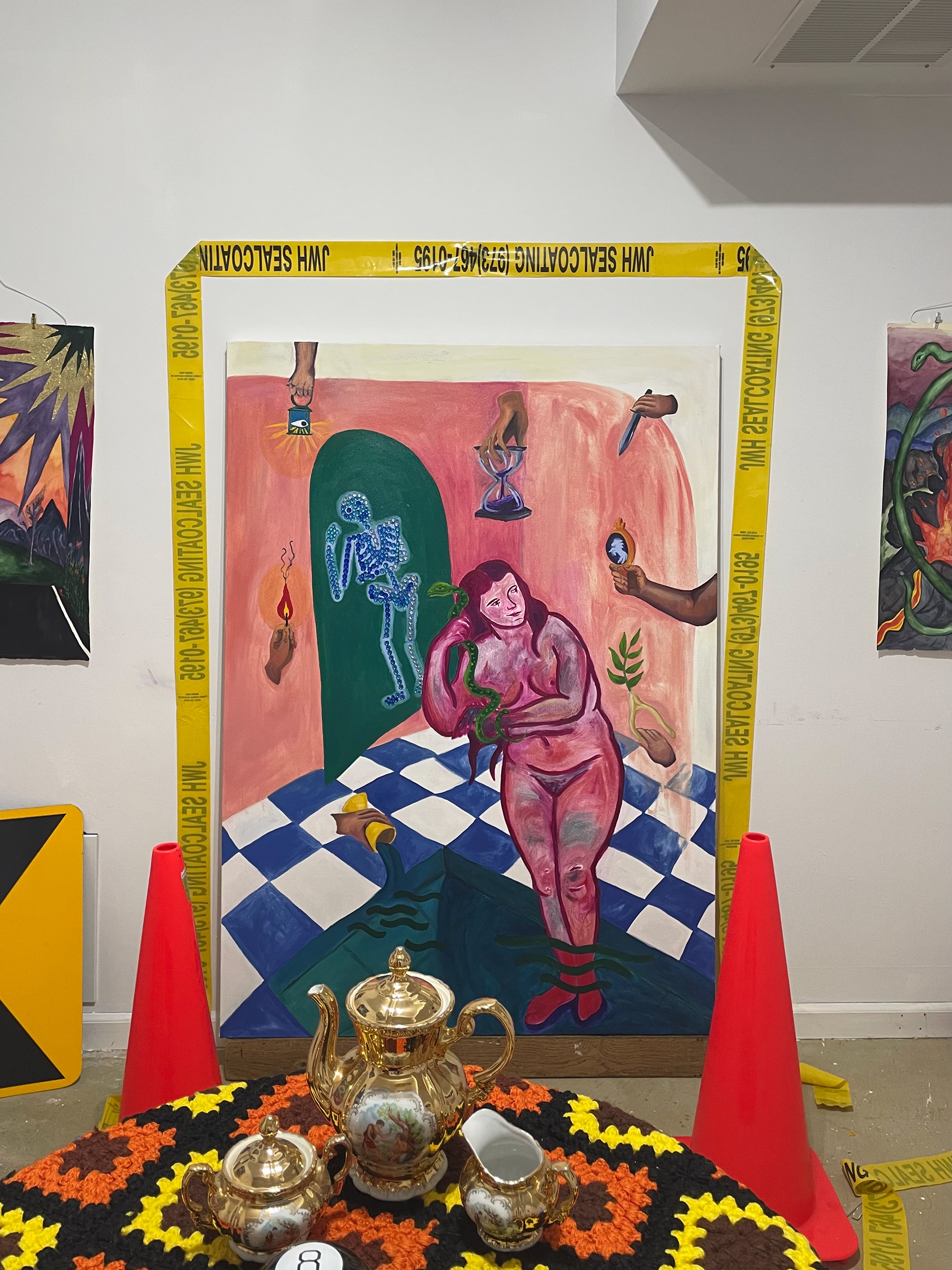 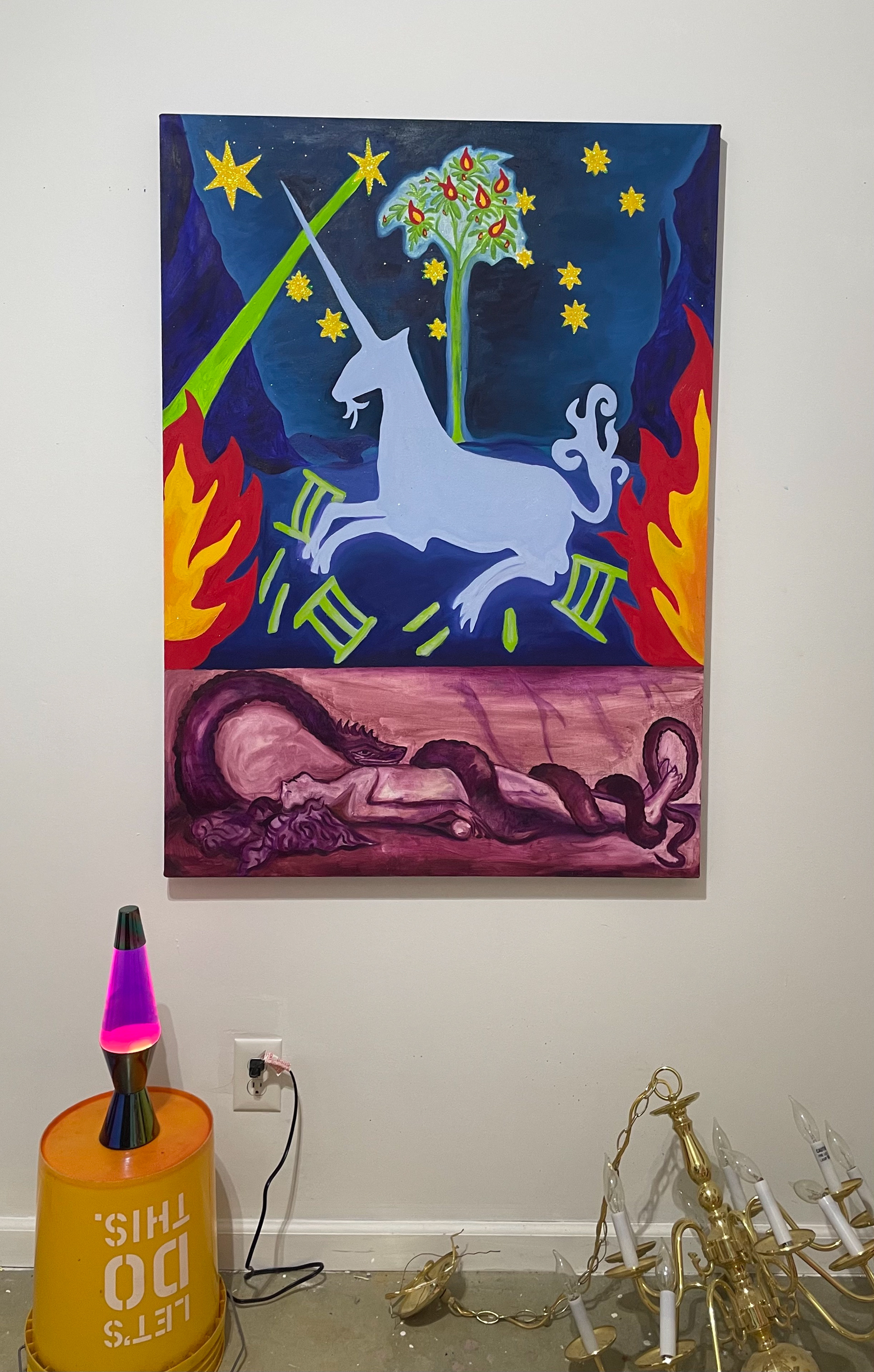 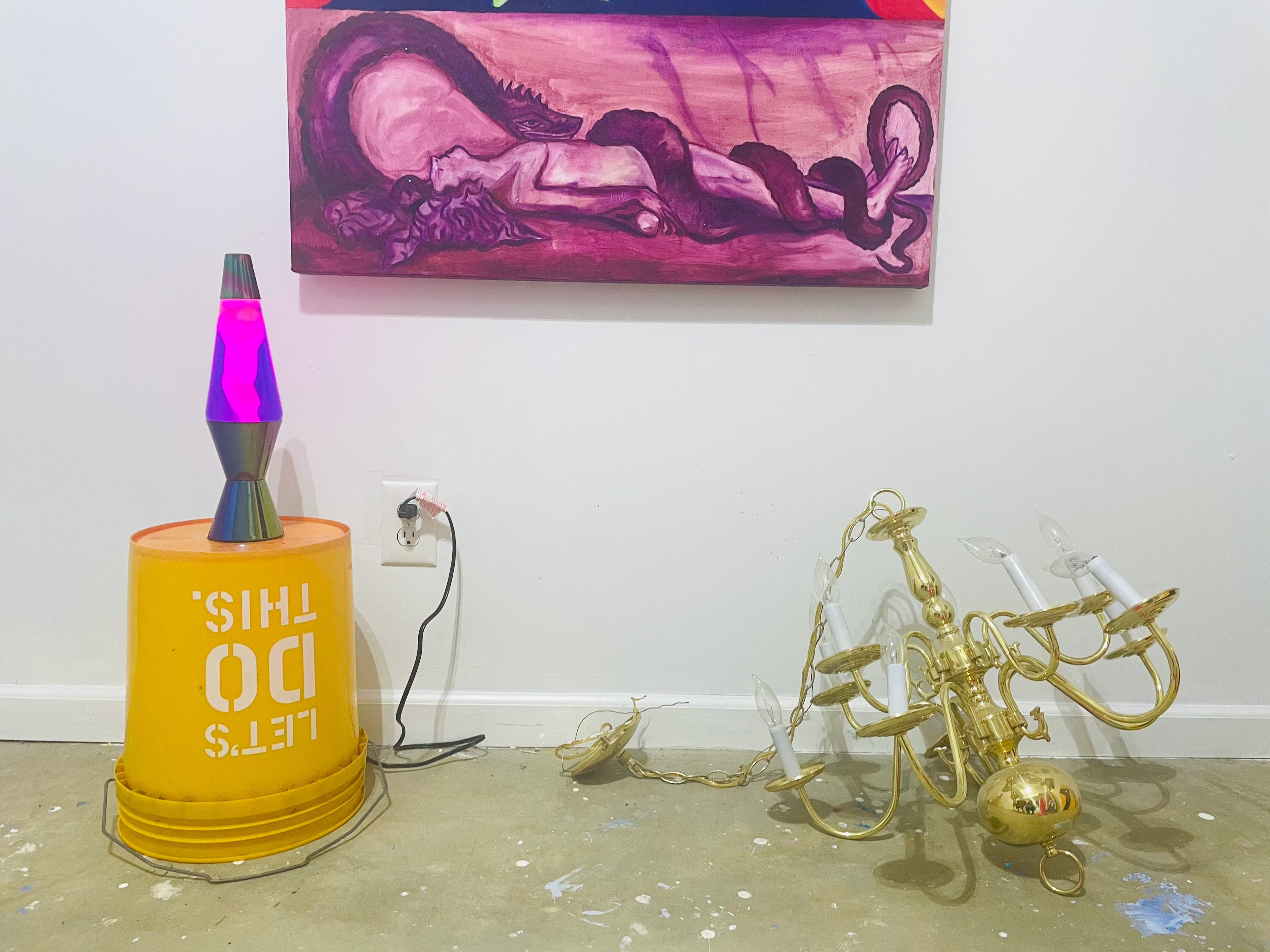 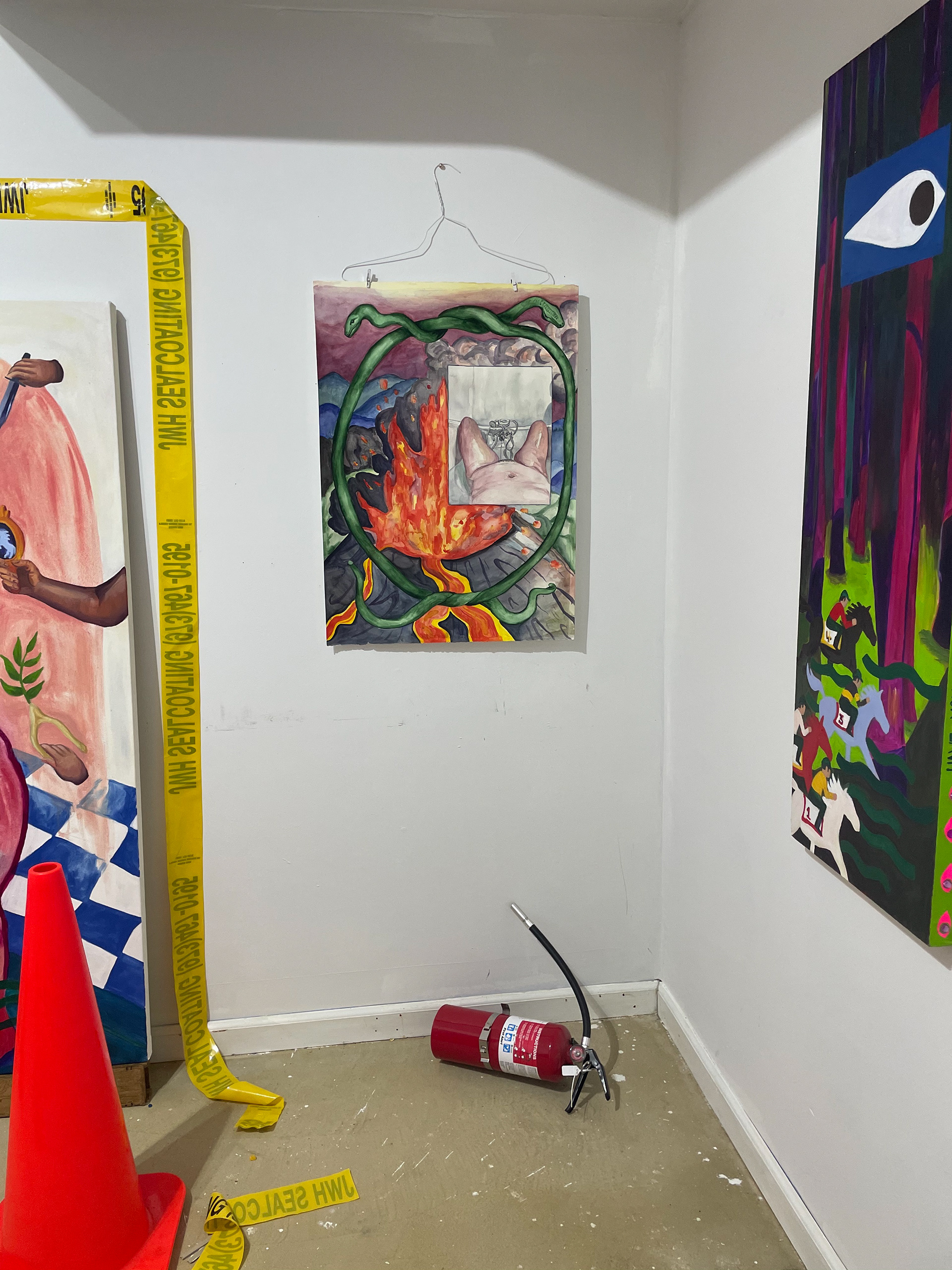 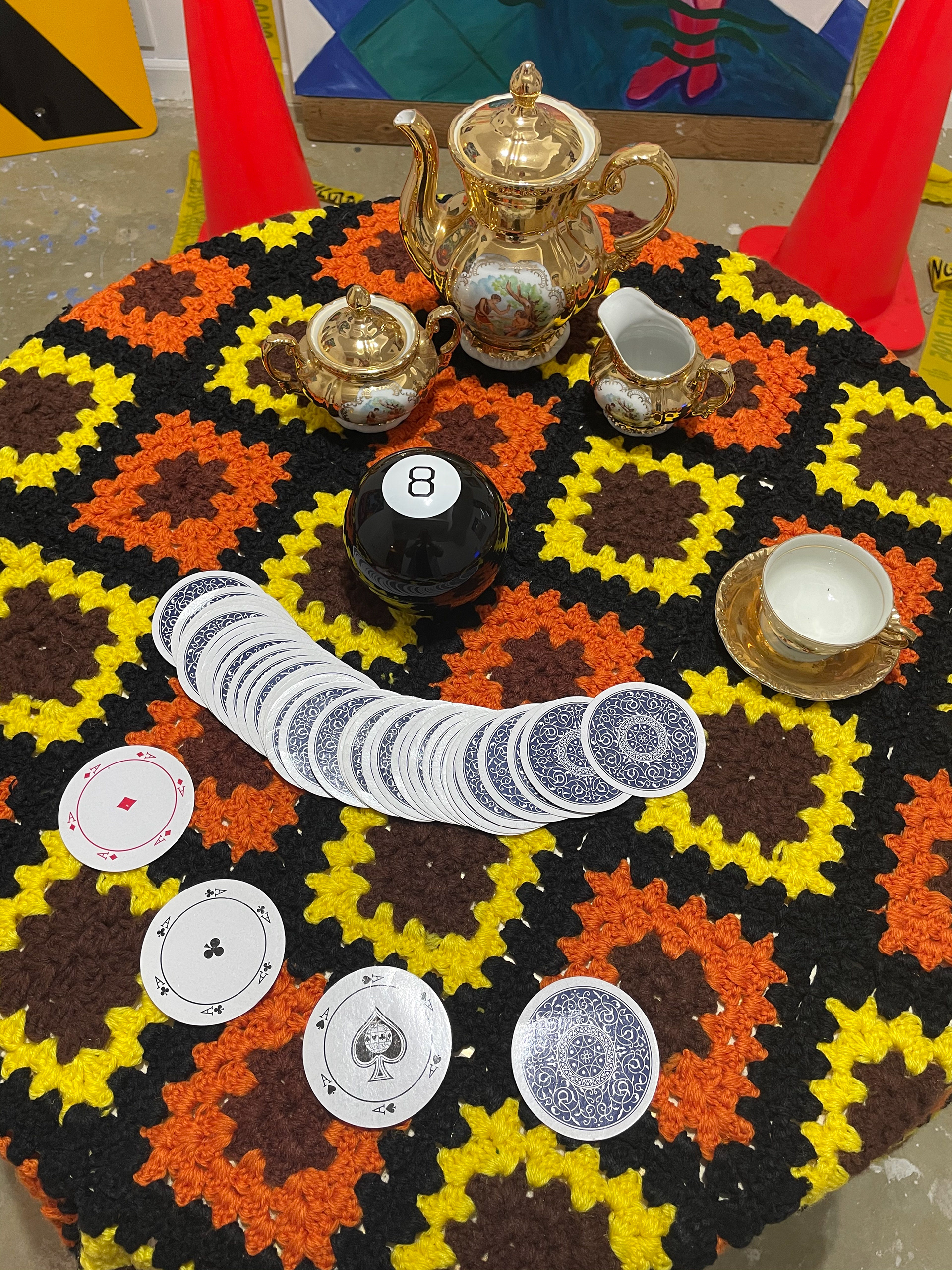 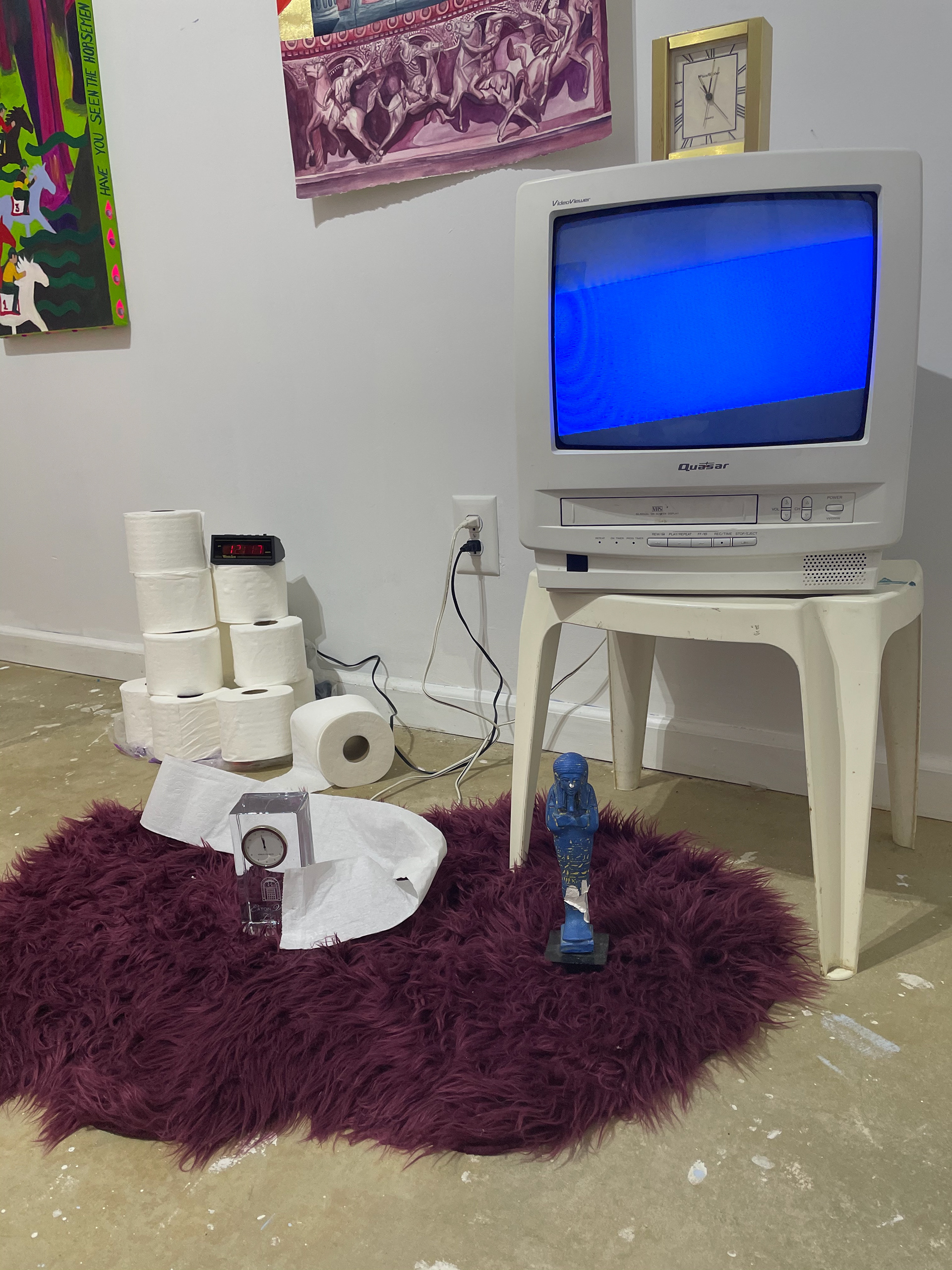 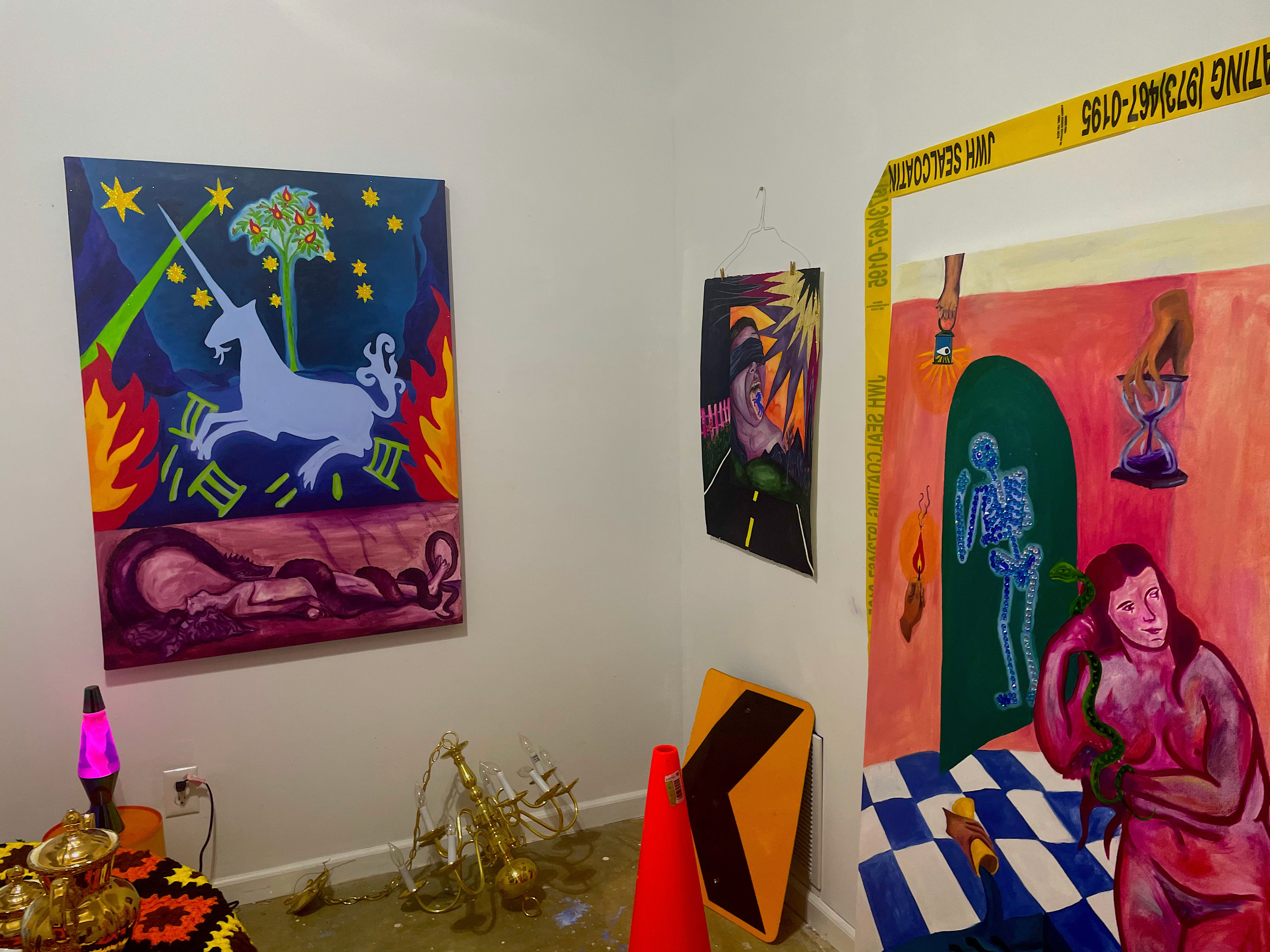 Thinking of those in Pompeii Stuck in The Bath—La Realisation Du Monde, watercolor on paper, 22” x 30”, 2020

As I Wept Tears of Both Sadness and Joy I Saw Flames of Silver Glittering Before Me, Water media and leaf on paper, 22”x 30," 2021 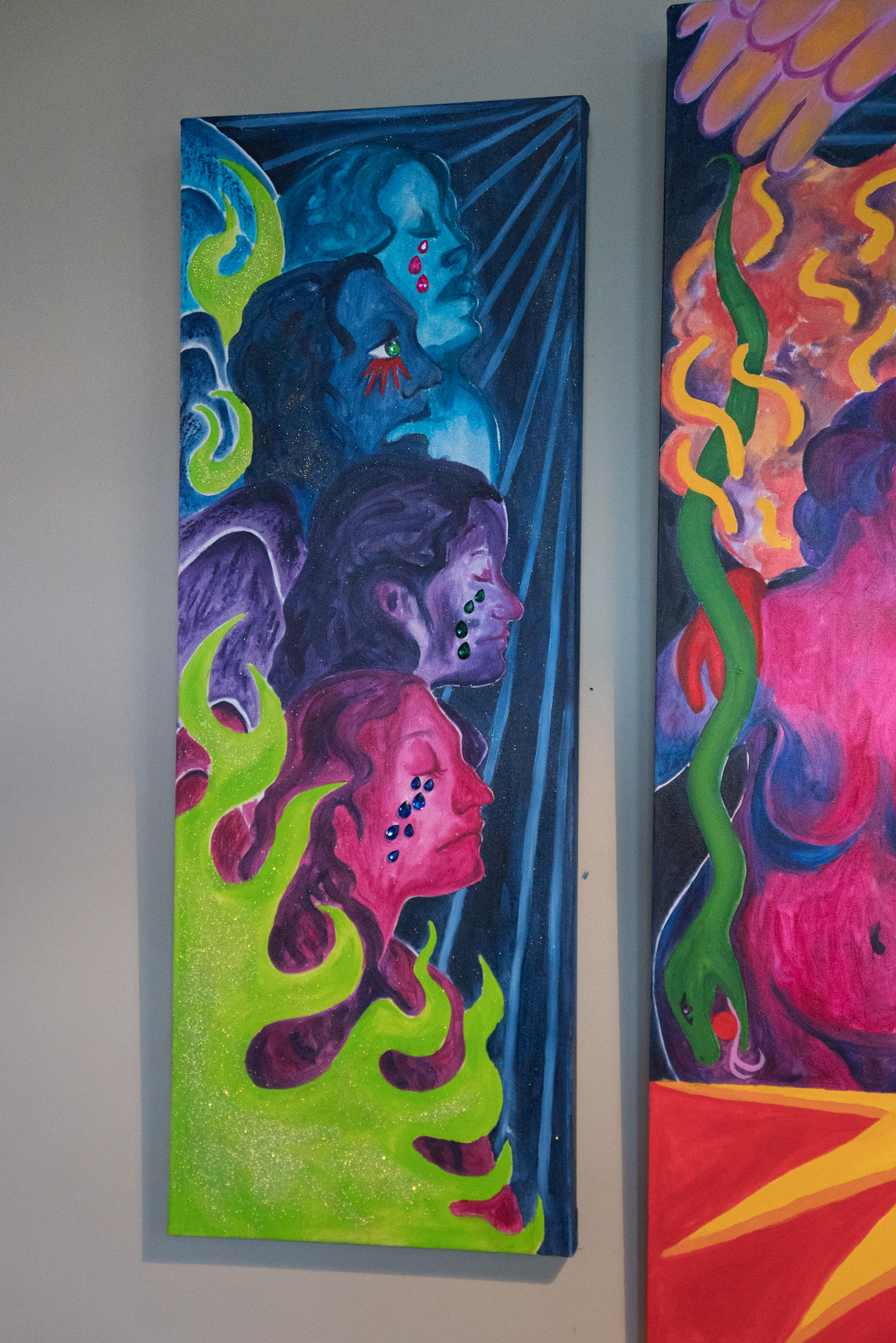 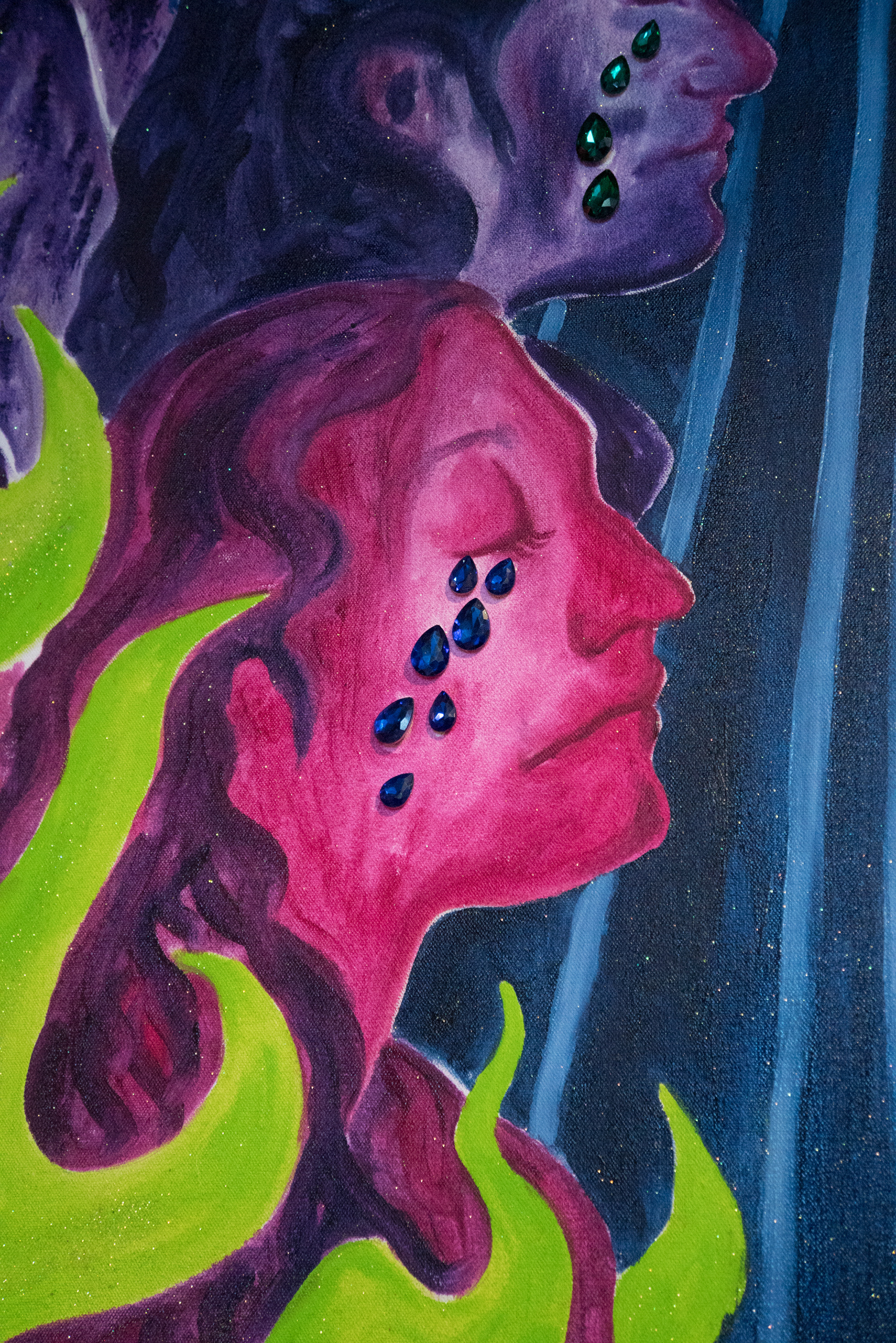 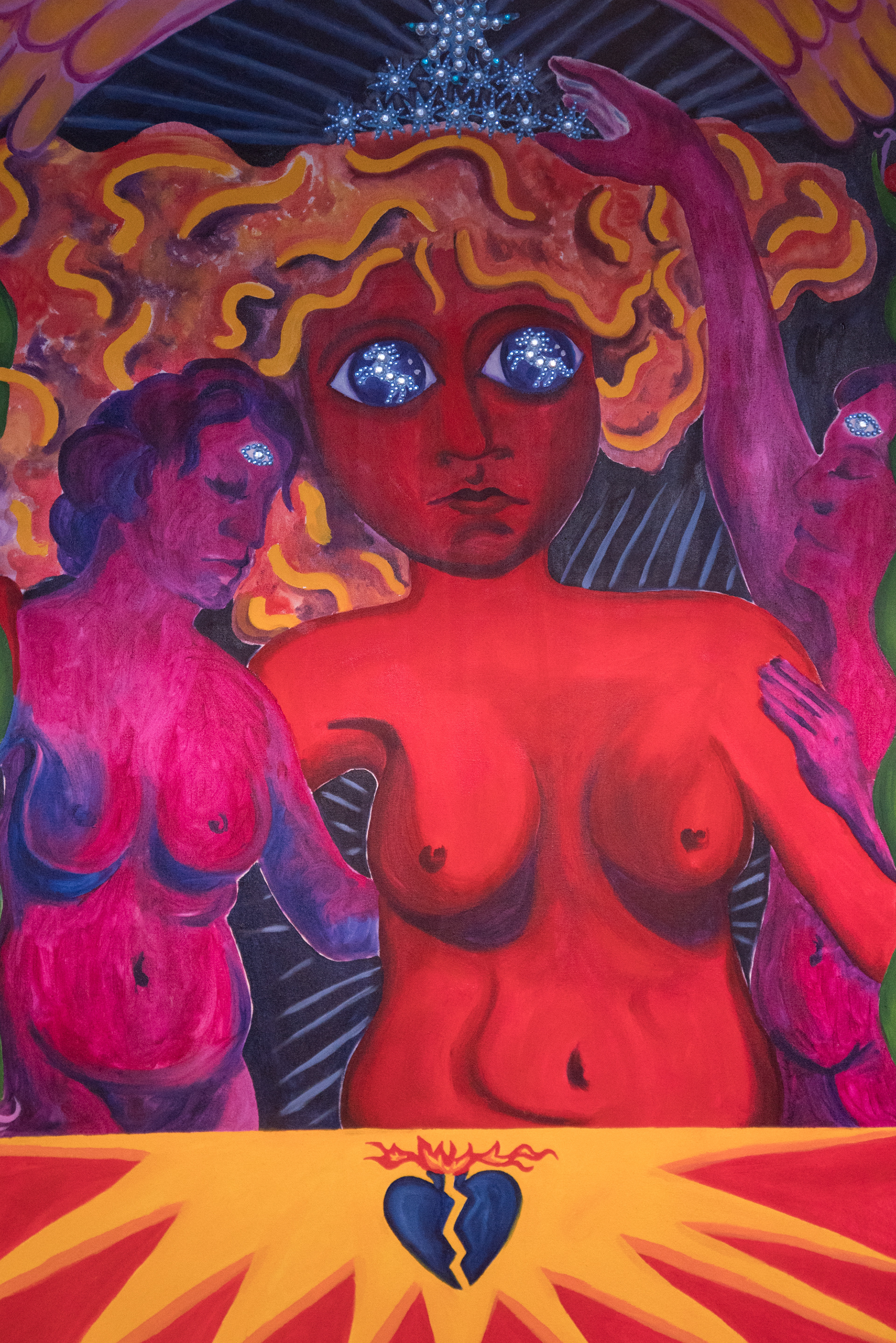 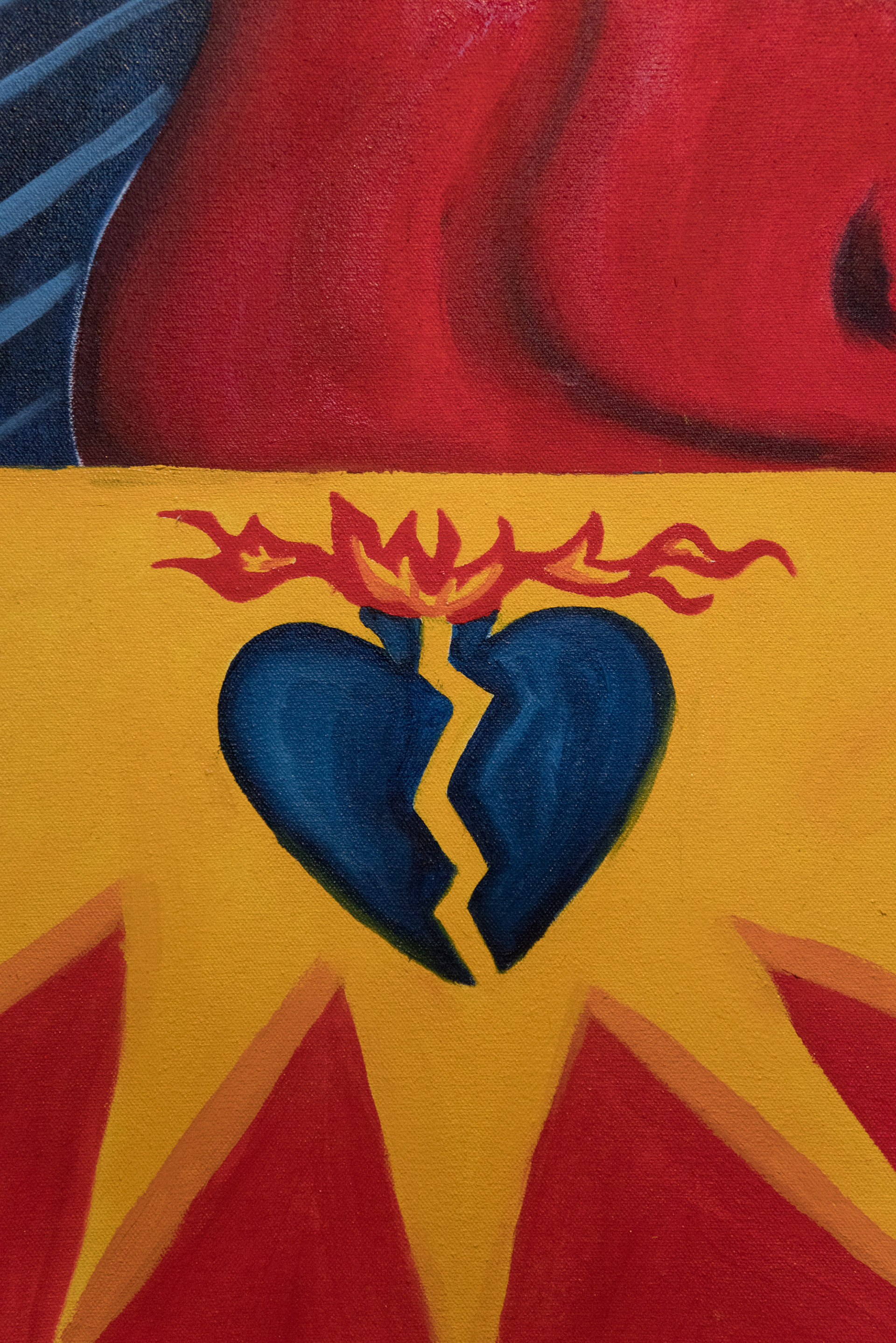 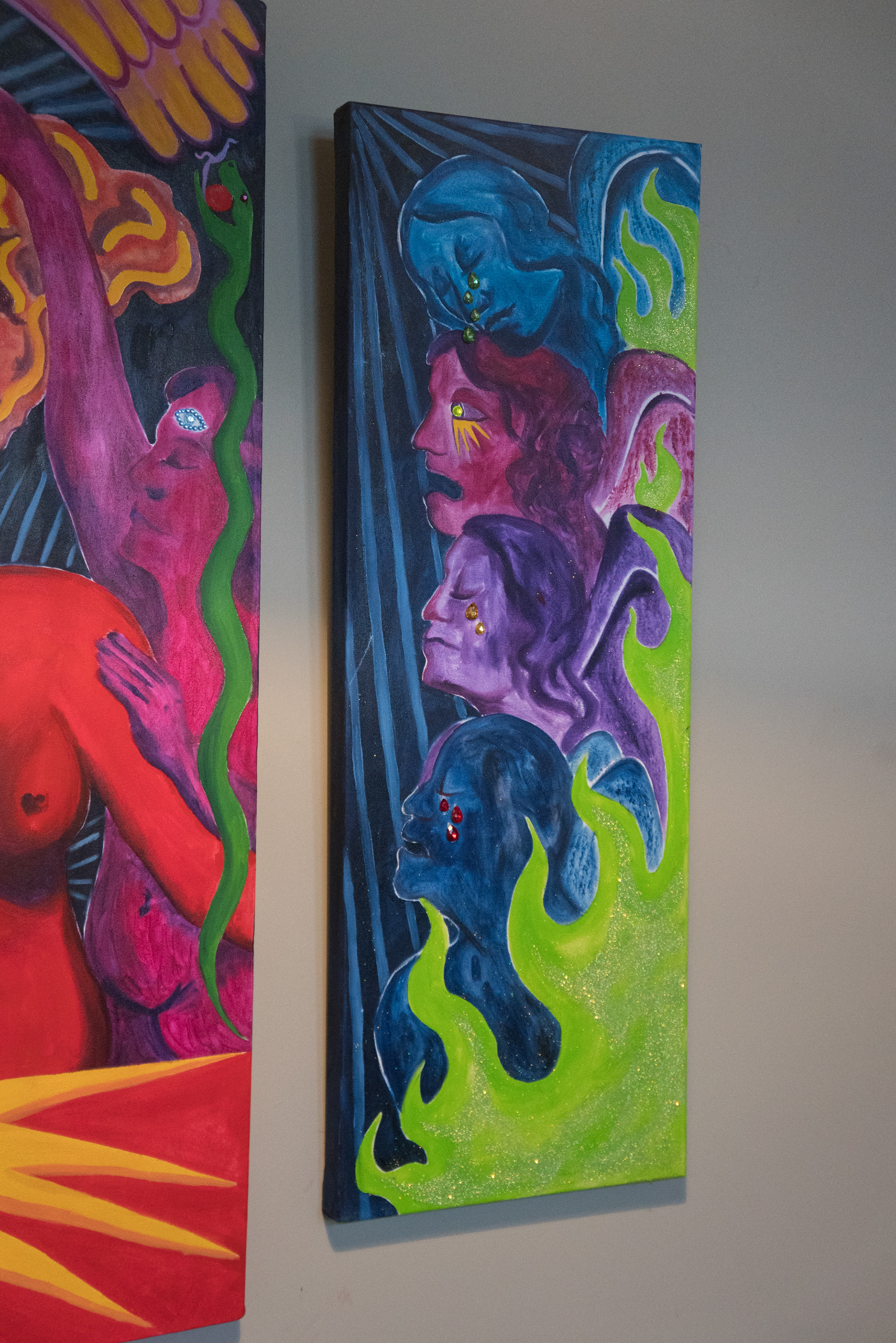 The Cocktail Hour of the Apocalypse: A sister installation to Teatime with the void featuring the 2021 paintings envisioning the collective experience of the apocalypse through a party taking place on the last night on earth. 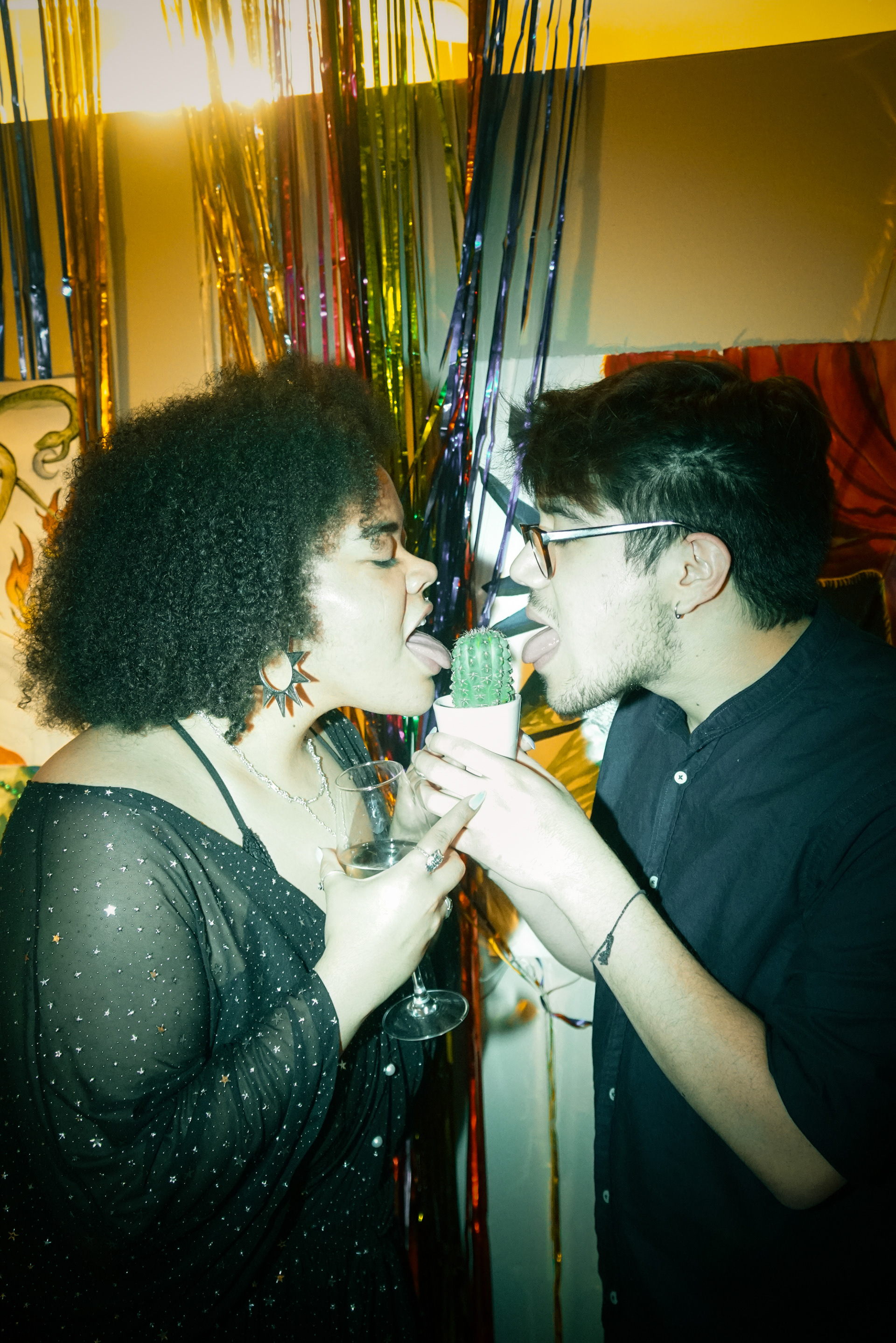 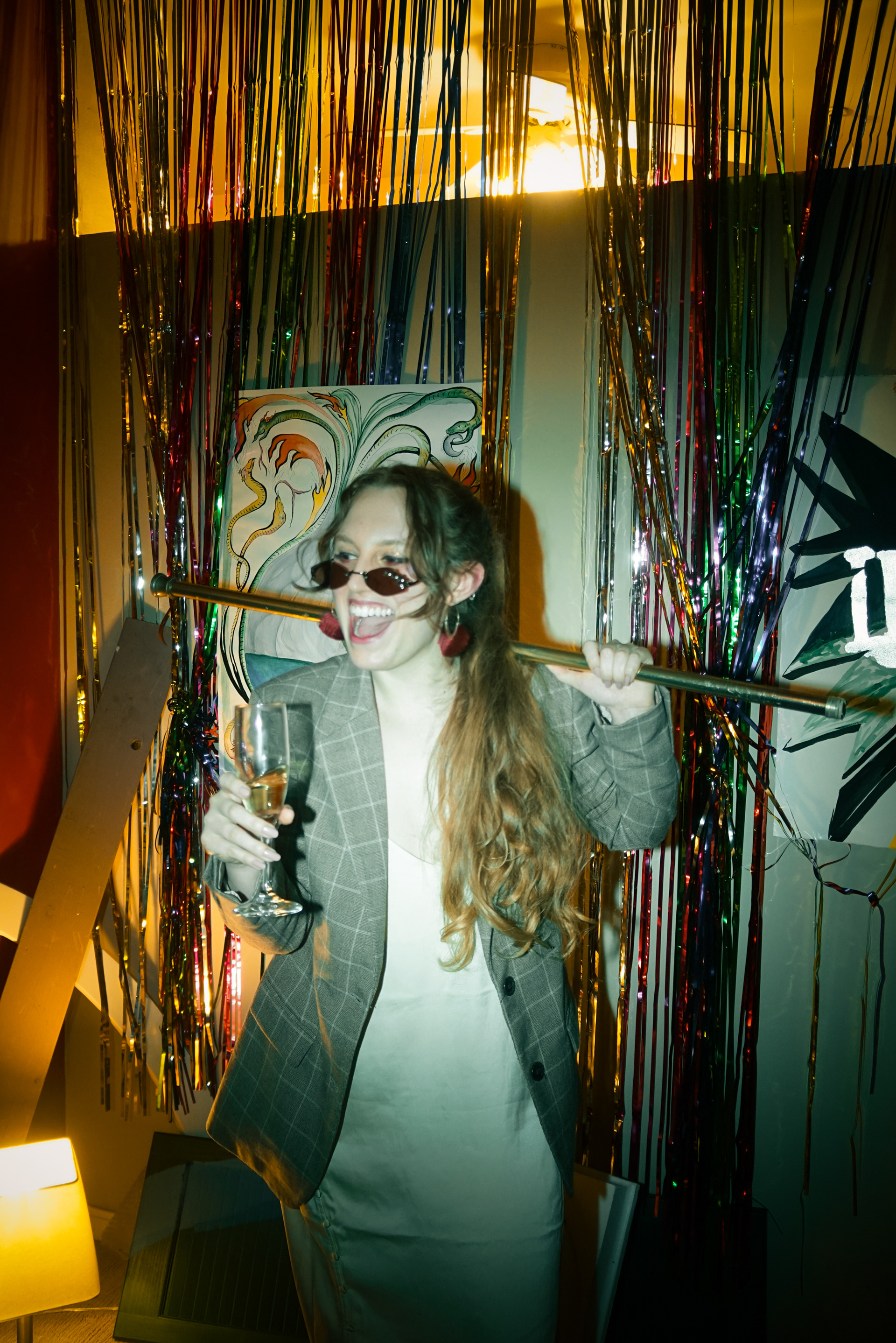 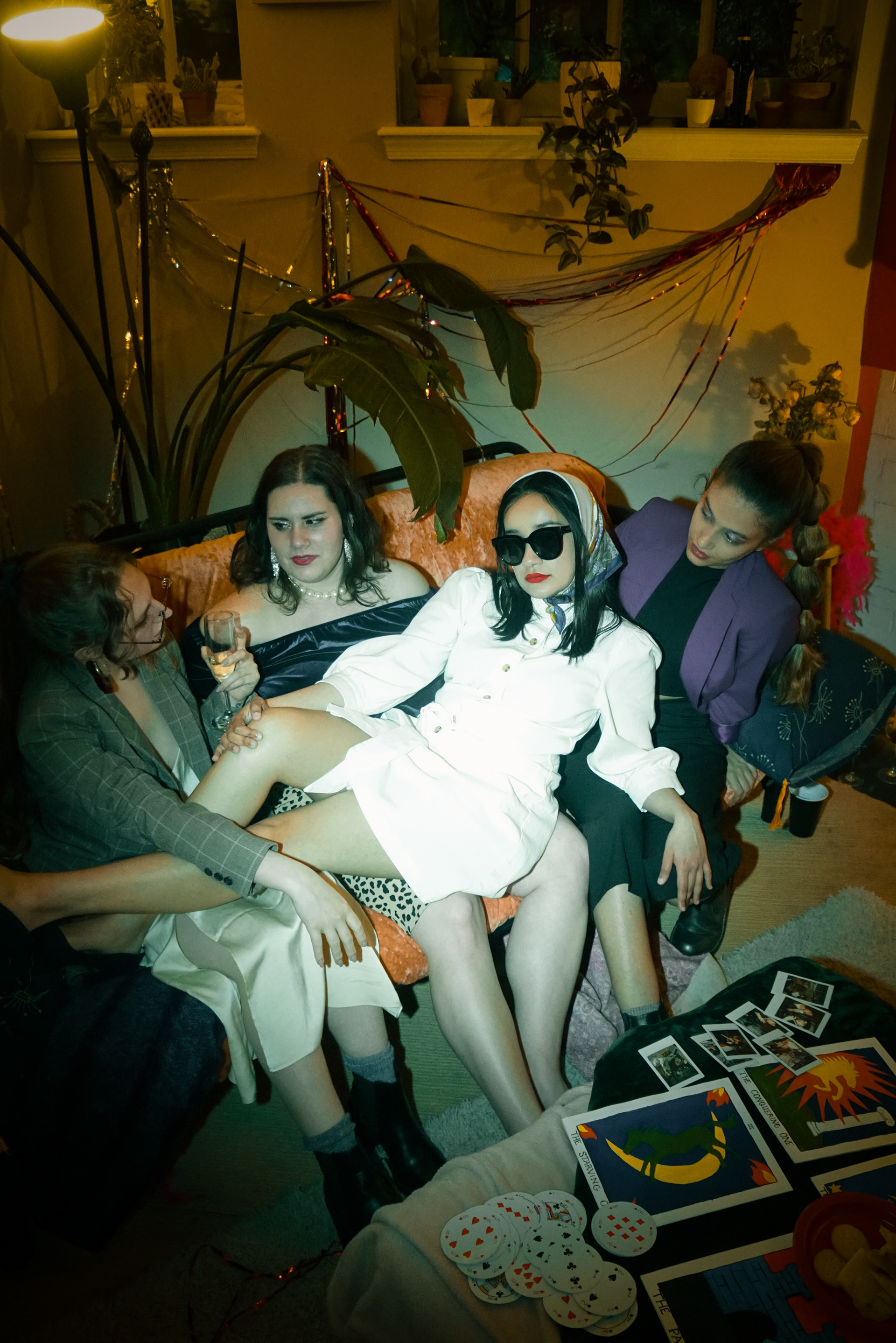 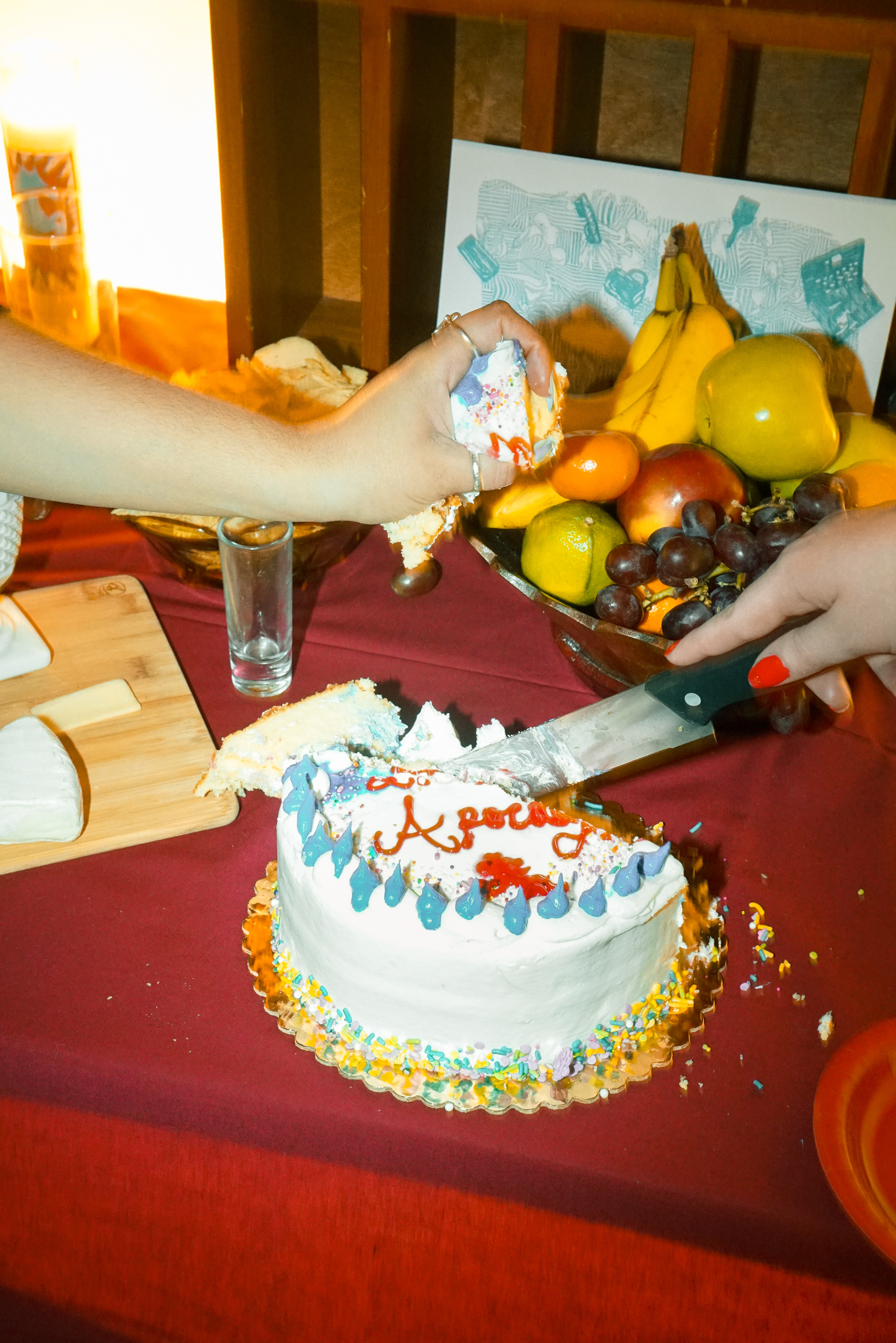 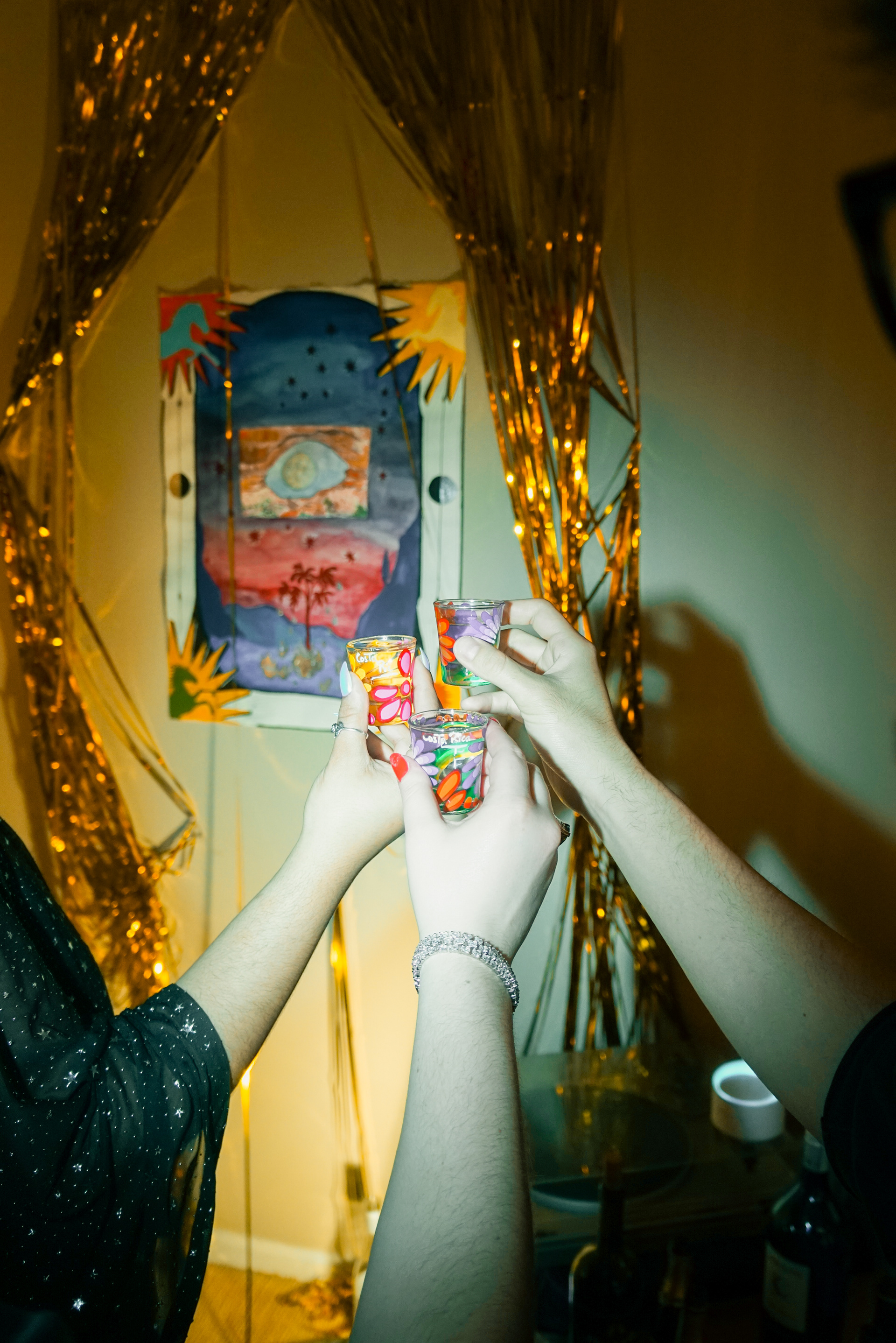 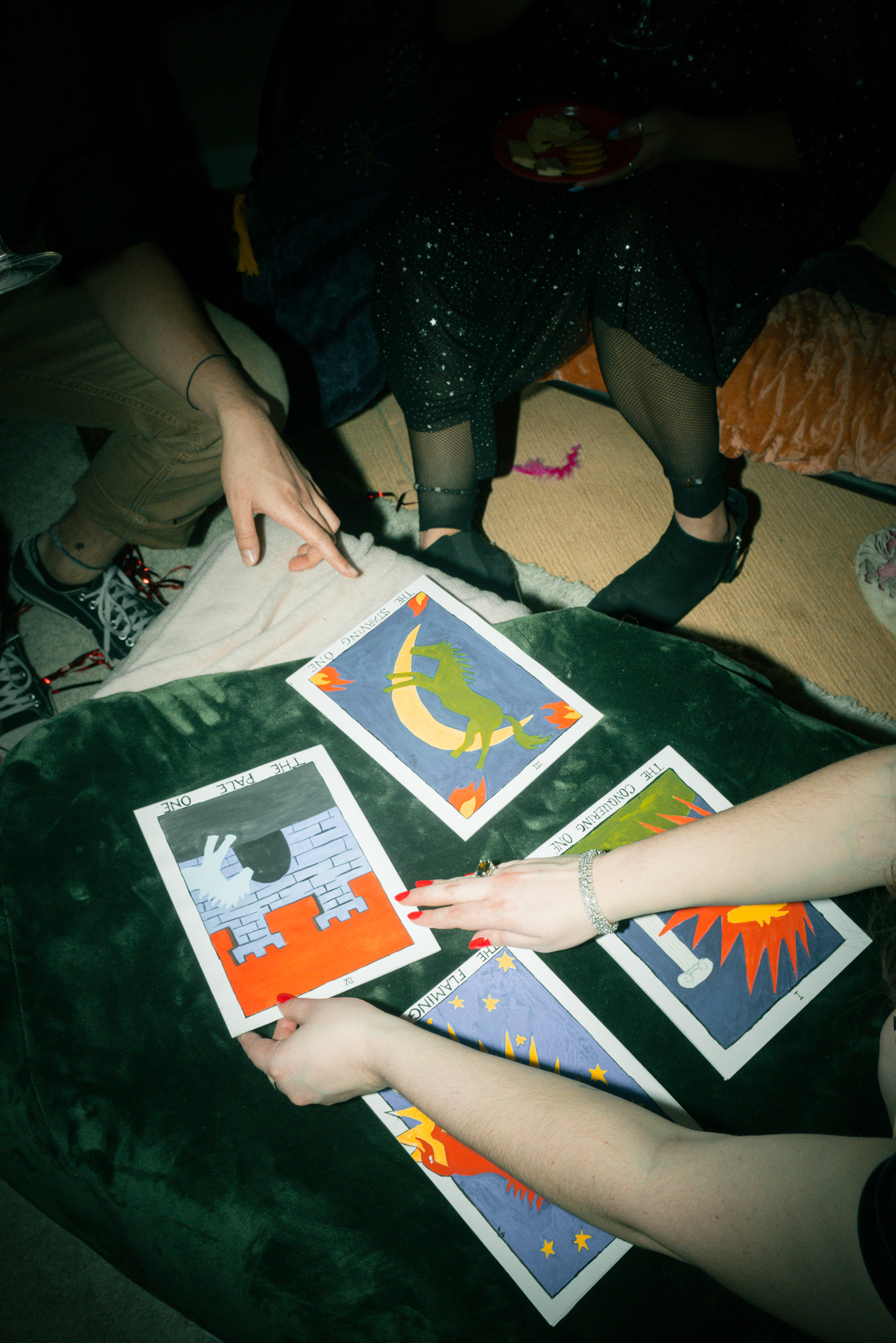 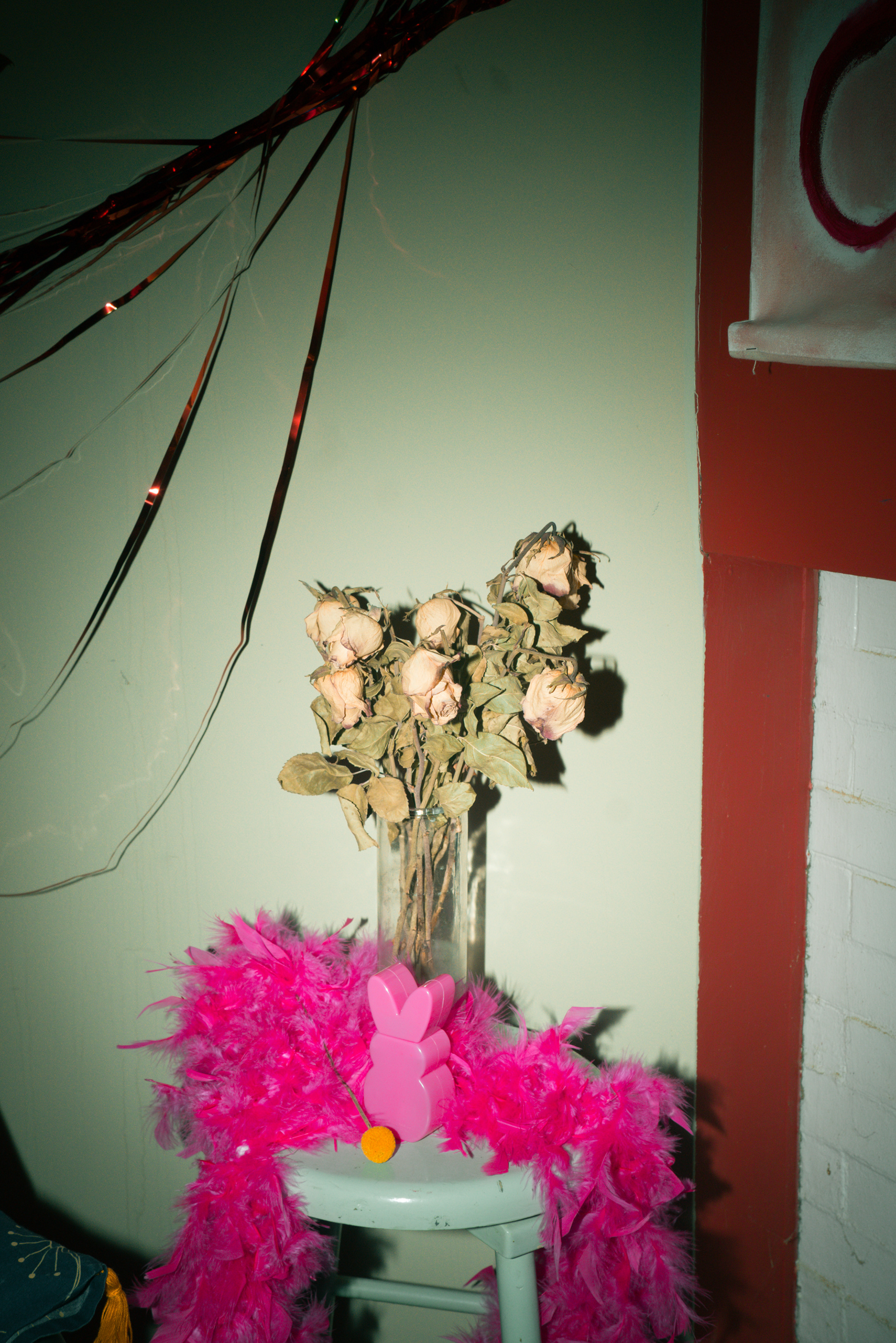 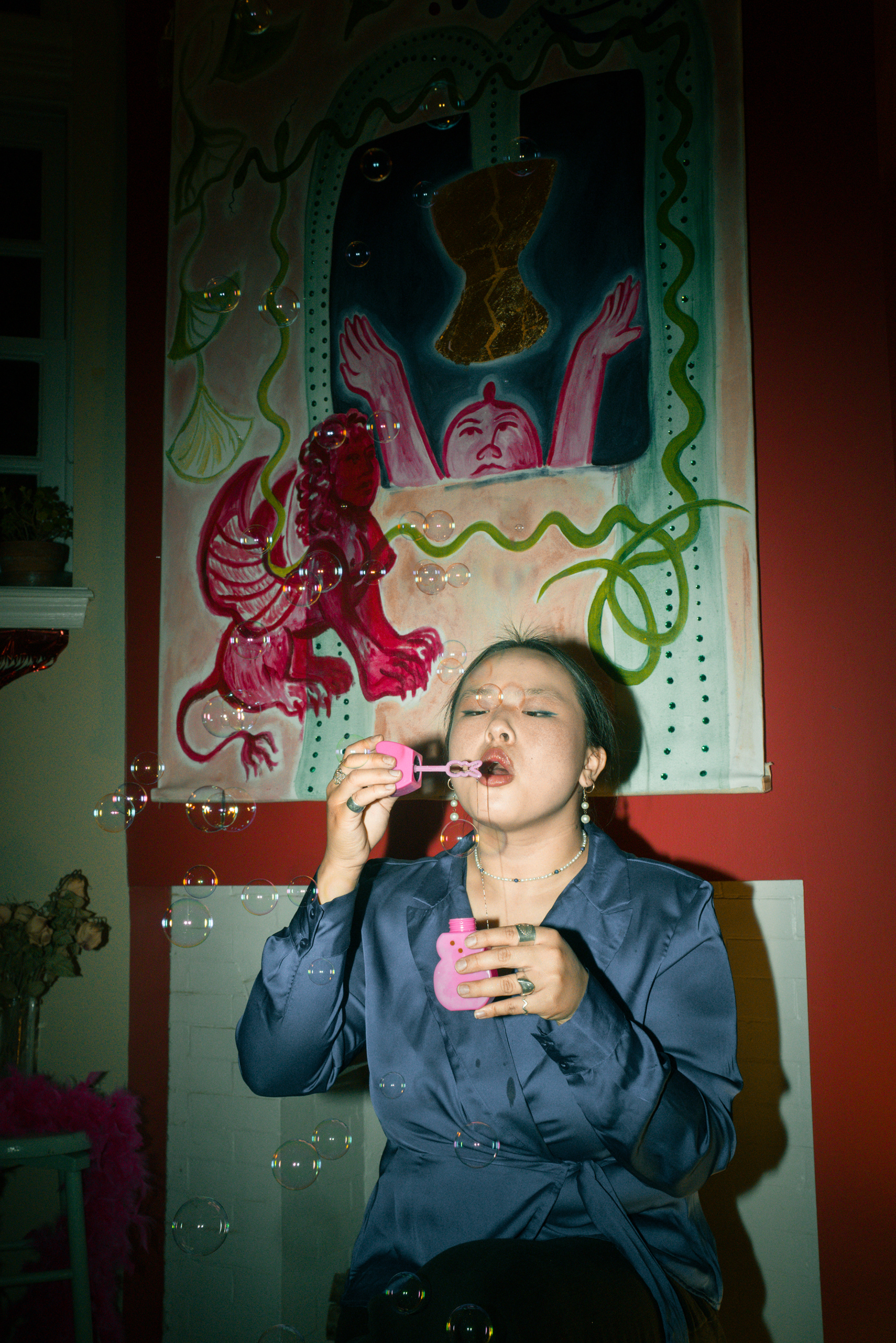 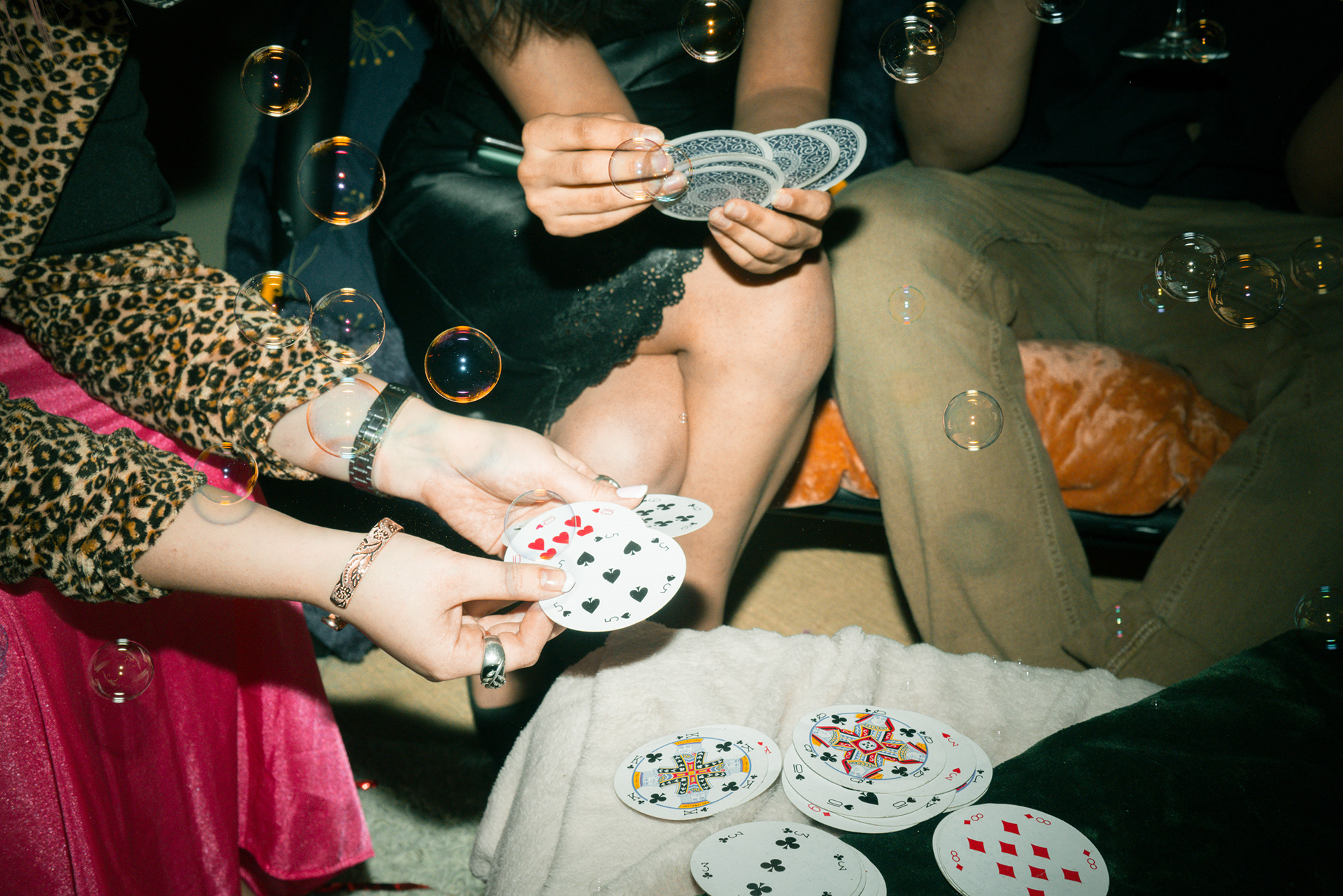 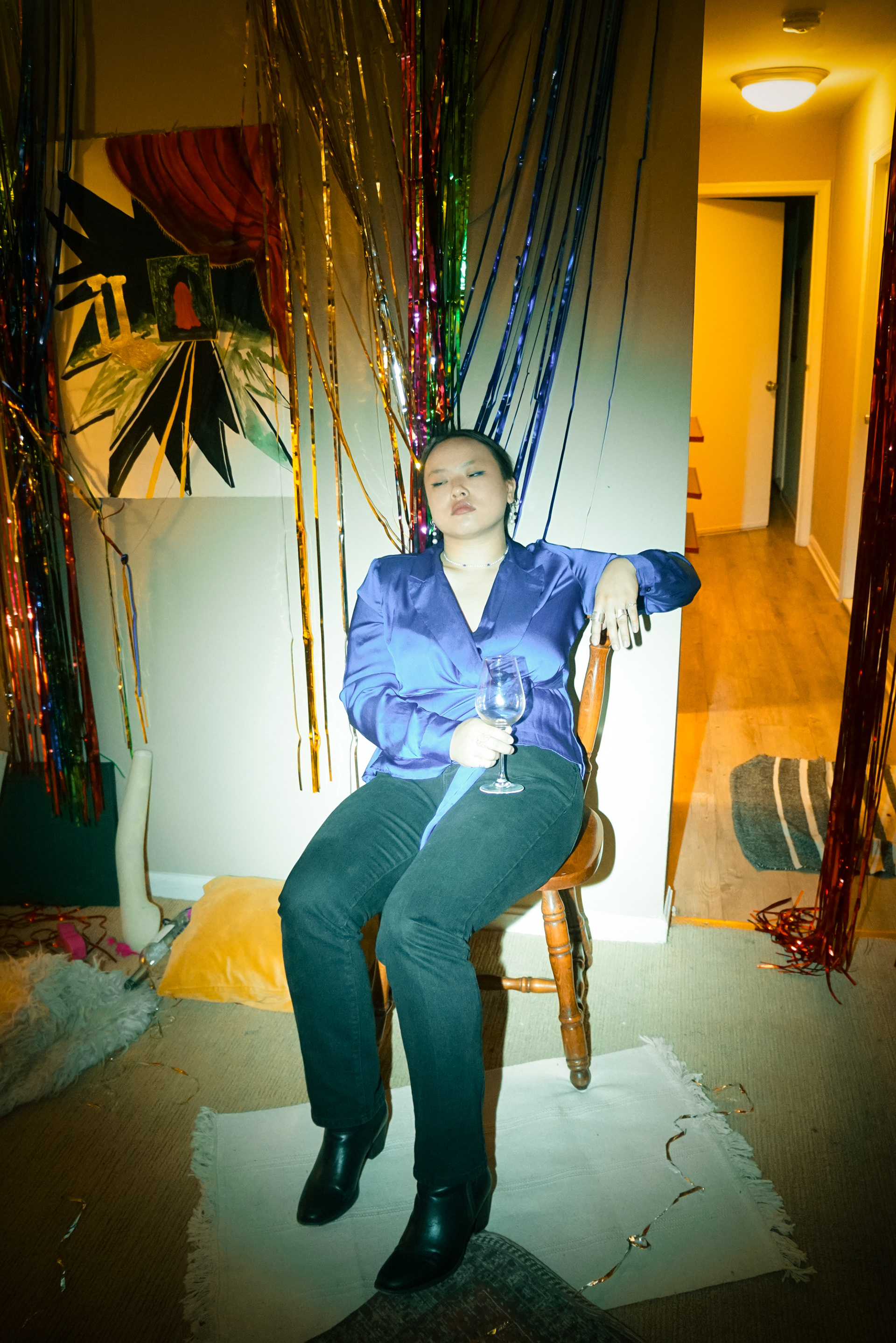 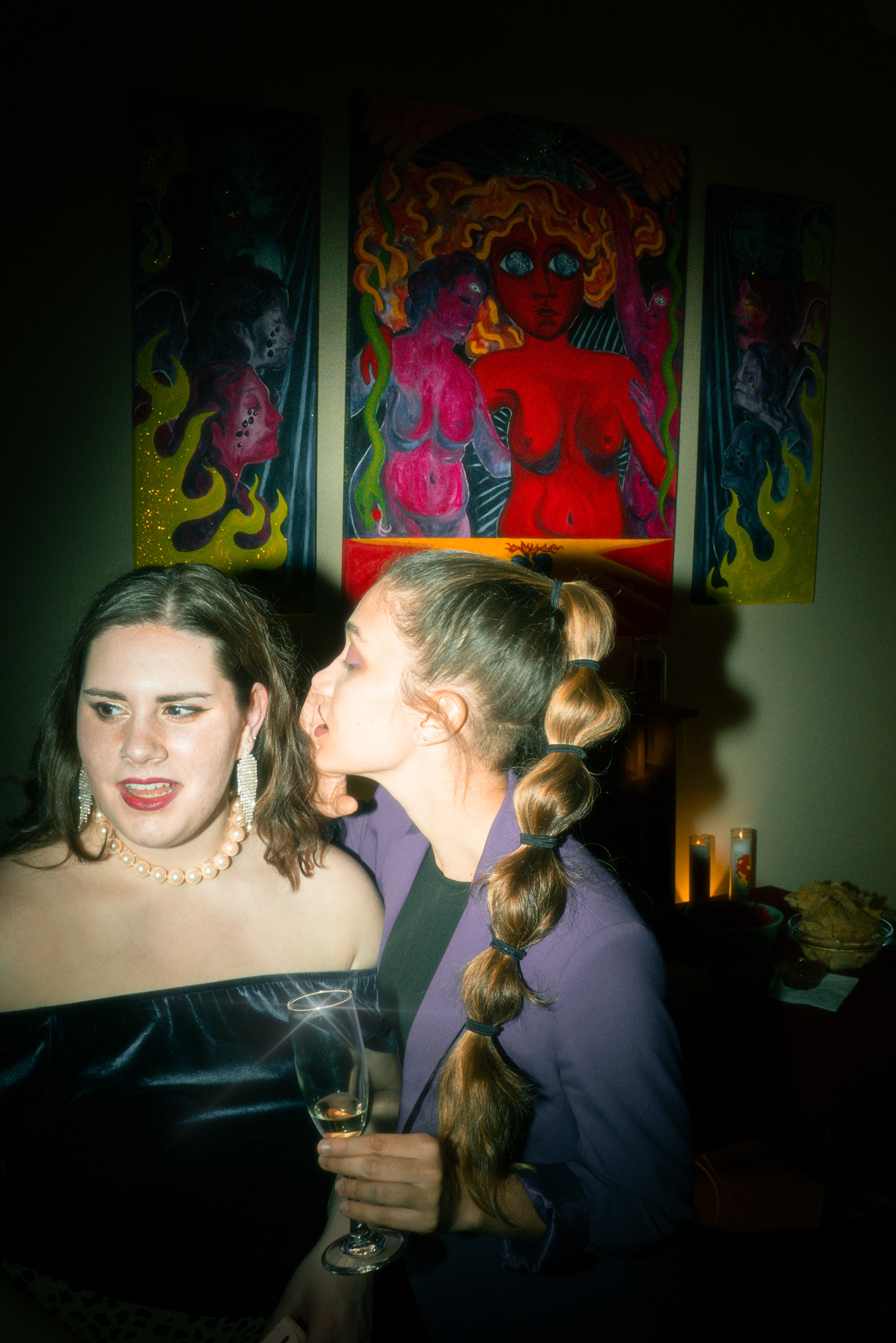 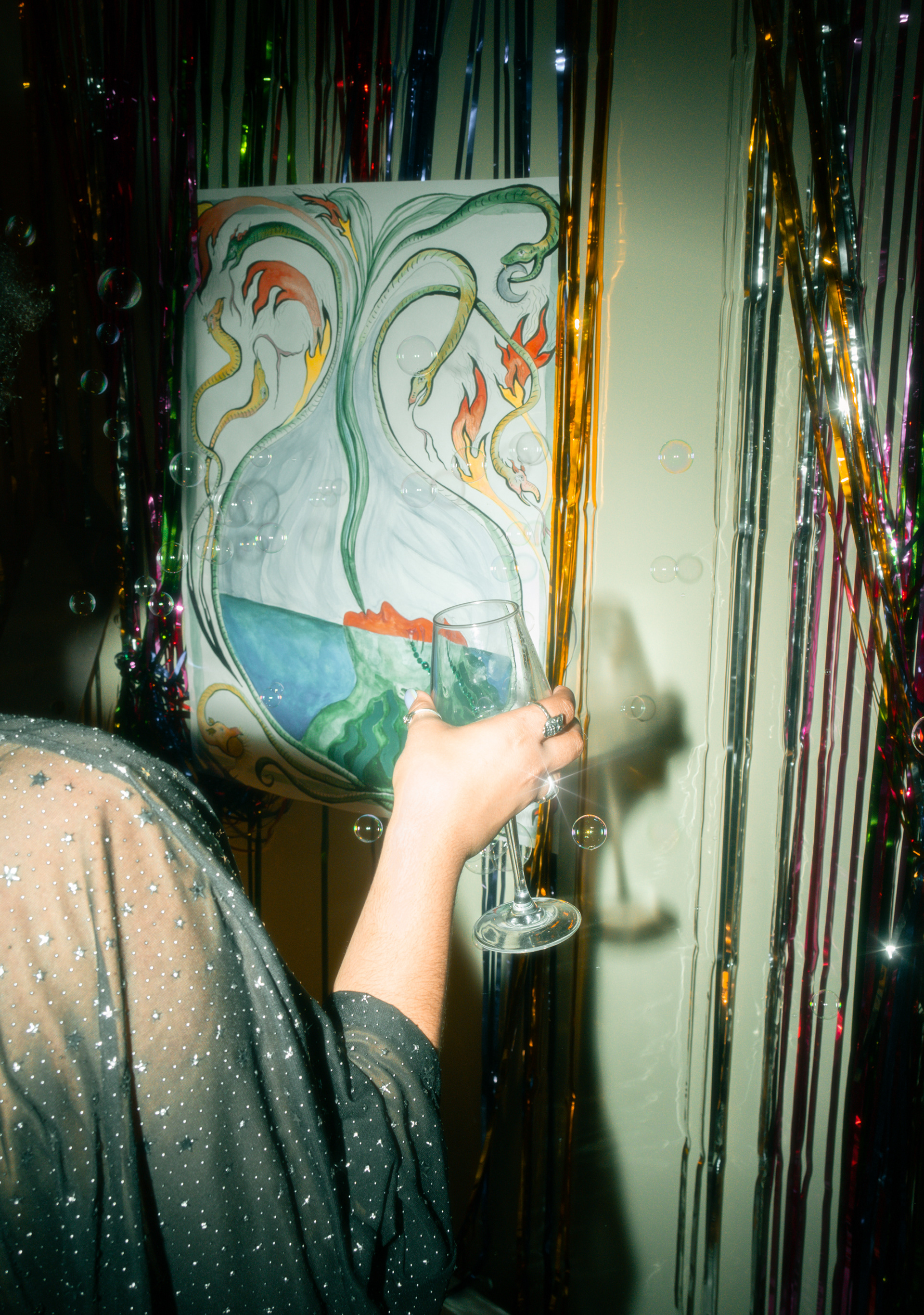 This series addresses the symbols and ideas of the apocalypse in a present act of transformation. It exists in the moment when the ethereal meets the earthly, the magical meets the mundane, the macrocosm meets the microcosm, when the veil lifts and the hidden meets the visible and the mental breakdown is a spiritual revelation.

When thinking about the apocalypse, flames, war, plague, other destructive forces come to mind. Literary and film depictions show a world in a chaos of sharply contrasted duality of good and evil, life and death. However, when digging deeper into the subject, the very word apocalypse seems to have a different meaning entirely to the doom we compare it with. It comes from the greek apokalypsis, meaning an “unveiling” or “revelation.” With this, the idea of the apocalypse became synonymous with the end of suffering. In Ancient Greece, the belief in the world’s unveiling was rooted in the word for hope, elpis—anticipation or expectation of a good, safe future, but also fear of the unknown.

In this work I address my own acceptance of terror. Through framing devices within the paintings and externally as installations, I present moments where the spiritual and the material meet or overlap, ready to be revealed.  In a time period which feels like a prolonged apocalypse, I draw upon the many mythologies which treat the end of the world as a birth of a new one.